In accordance with City of Cocoa Beach Charter Section 6.06, on January 29, 2008, the electorate of the City voted to authorize establishment of a Downtown Cocoa Beach Community Redevelopment Agency (DCBCRA).

The Brevard County Board of County Commissioners (BCBofCC) authorized the City to create the DCBCRA, with their adoption of County Resolution 08-128 on May 29, 2008

With this authority, on August 20, 2009, the City Commission adopted Resolution No. 2009-20, finding the need for a CRA given the City’s July 2009 “Finding of Necessity” as required by §163.355, Florida Statutes, in the possible creation of a CRA. This resolution also identified the Redevelopment Area.

Based on the adopted “Finding of Necessity”, the City Commission adopted Resolution No. 2009-28 on November 19, 2009, establishing the DCBCRA.

The City Commission adopted Resolution No. 2012-13 on May 17, 2012. The process toward adoption of the plan as required by Florida Statutes Chapter 163.360. The Plan was adopted following a review and recommendation by the City’s Planning Board (local planning agency) as to the Plan’s conformity with the City’s comprehensive plan.

In Cocoa Beach, the CRA Board has been determined to be the City Commission. No other governance structure, such as an Advisory Board, has been created.

The DCBCRA is the City’s only CRA district for the agency. The DCBCRA signed an Interlocal Agreement with Brevard County Board of Commissioners February 2018. 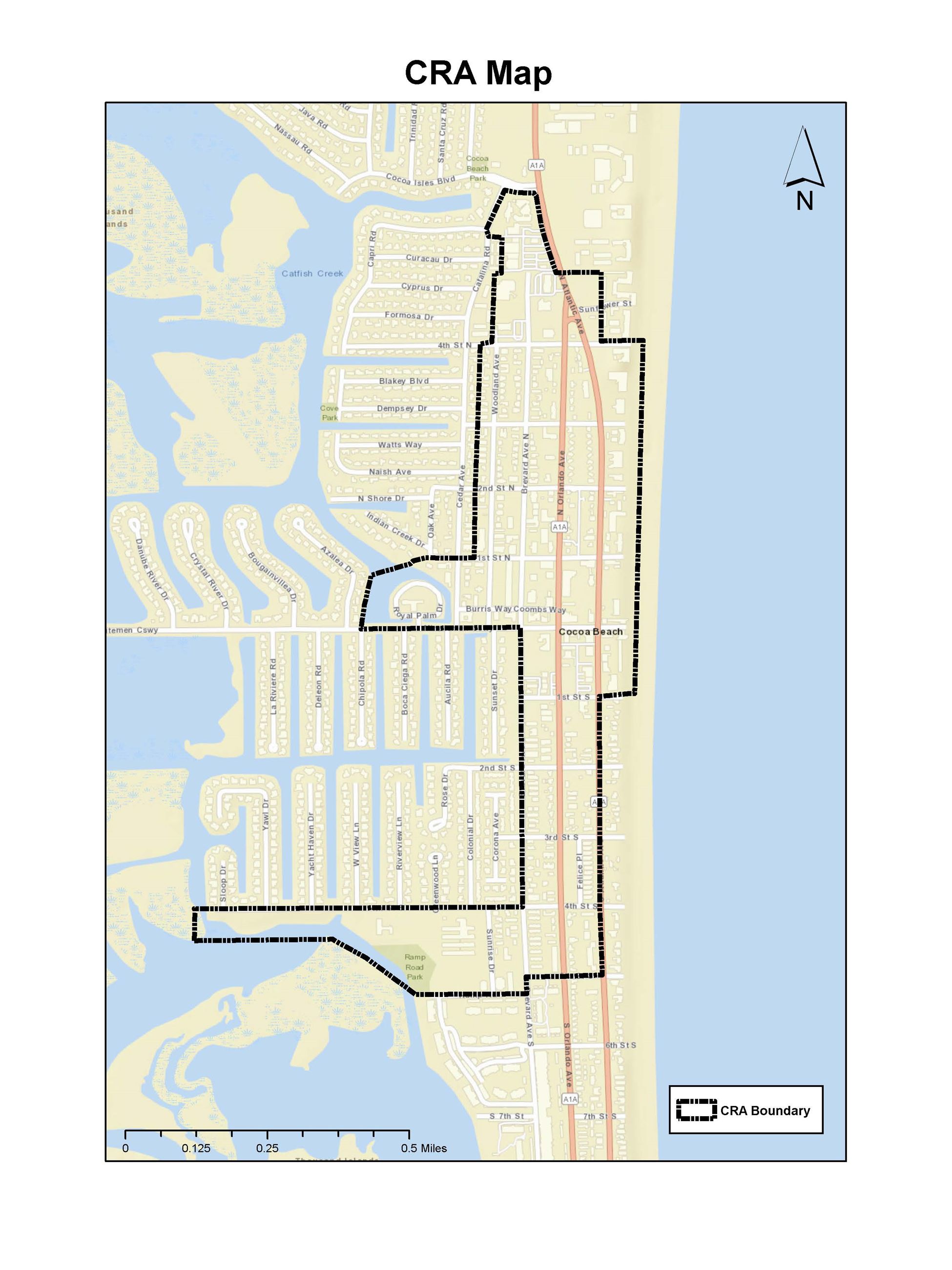 The CRA follows the same fiscal year as the City of Cocoa Beach, October 1 – September 30. The CRA does not impose any additional taxes or fees, but pursuant to section 163.387, Florida Statutes, is rather funded by general ad valorem tax revenues generated from increases in property values within each CRA Area since its creation. As a Florida special district, a unit of special purpose local government, Part III, Chapter 112, Florida Statutes, provides general pertinent ethics rules applicable to the CRA.

Annual financial reports are available on the state's website